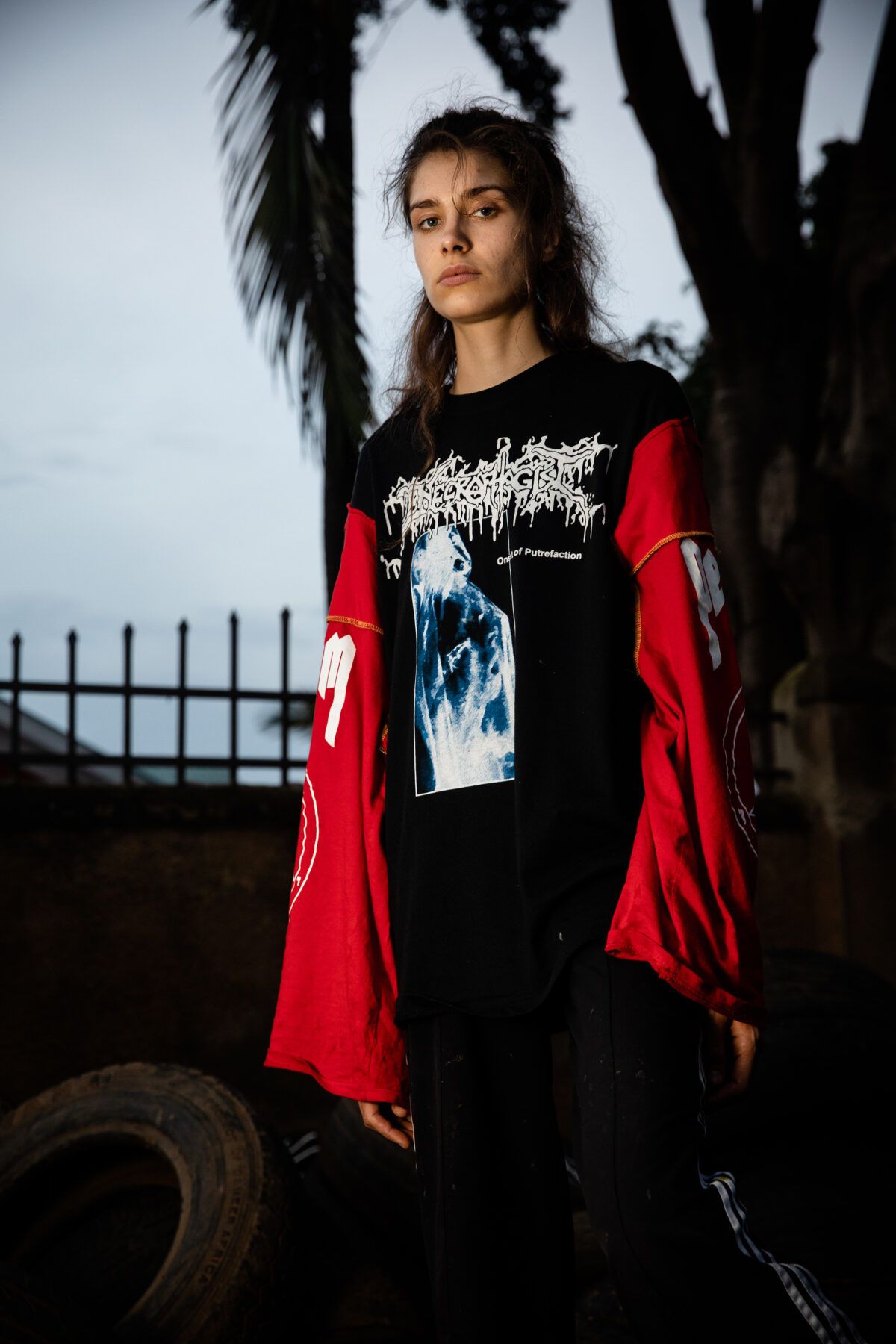 Using sound and voice as an expansive language transgressing intrinsic systemics and inherited syntactical etiquettes, her live shows are unyielding bursts of erupting animation where her caustic stream of consciousness cavorts with restless, glitched out heaviness.

Her recent E.P ‘Shelf Life’ was released on ‘C.A.N.V.A.S’ in 2018, and she is also one half of father / daughter noise-improv berserkers Yeah You who released on Alter, Slip, Opal, Psychik Dancehall and Good Food. She also performs in collaborations such as ‘Bad@Maths’ who also released on Slip, ‘INSIN’ who released their first E.P ‘Sadsun’ on Hizz, and unreleased projects such as ‘Gailvn Keiln’, ‘OCDC’ and ‘0n est Malade’.