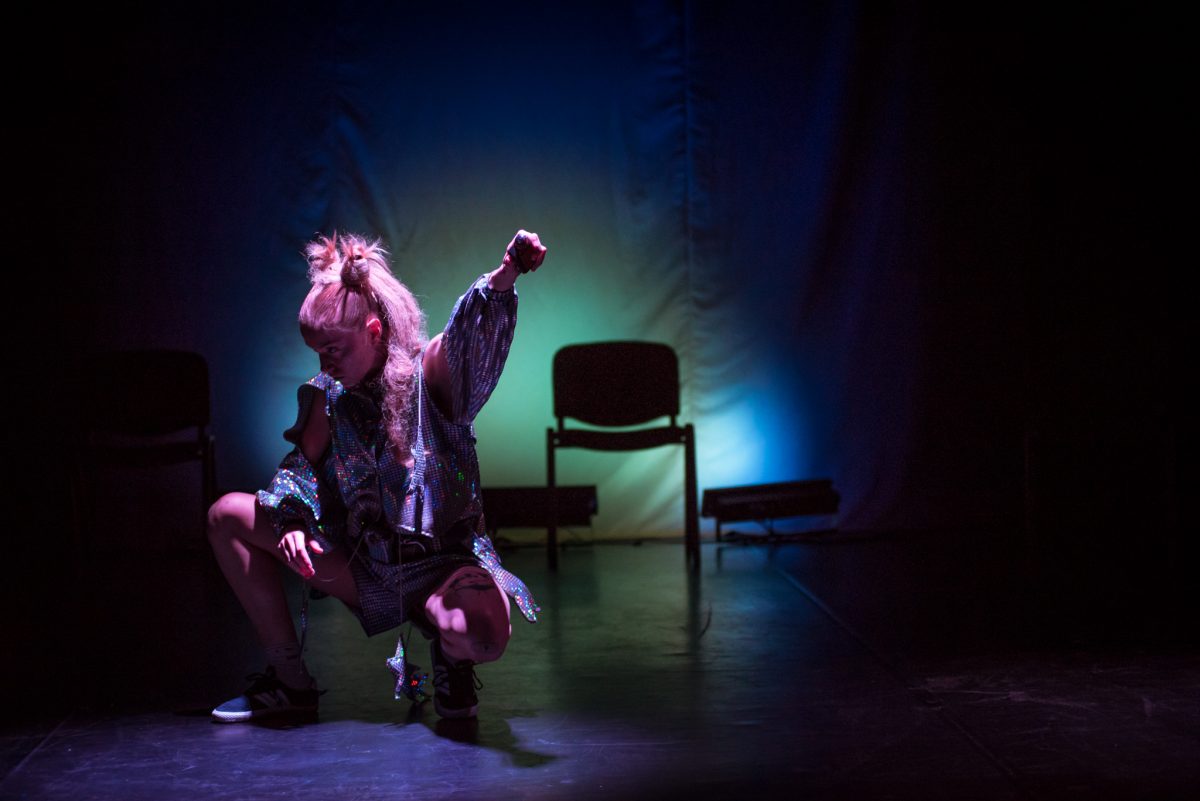 What a small world this is. And very, very bad. In a western paddock, two cowgirls face off against each other in the ultimate battle. They fight for a story rather than with each other. They know that no one will look at the nuances of this encounter, only at its ending, as is usually the case. That’s why they let the viewer in where there is no time to dwell on the past or establish new orders – all that matters is this meeting.
In the end. Does this confrontation have to be so extraordinary as to reach for a convention, a western, to make costumes, stage design, choreography for it? And what if it’s too late for everything, and all that matters is an ordinary tete-a-tete, for which we are often late? Maybe we should simply tell ourselves fairy tales: Two cigarette butts lived. They lived according to the philosophy that it is never too late for bad news. So they appeared just then, like two horses wading in the mud.